So 2 years and 11 months after osteosarcoma diagnosis and amputation of his front right leg, we lost our beautiful brave boy.

With all eyes on spread to his lungs, he actually developed a tumour in his front left leg which fractured. Only 4 weeks before we had a clear scan of his lungs, and he was so strong.  The morning of his last day he pulled me down the street chasing a fox on his walk so a fighter to the end!

His end came quickly, the vets gave him some pain relief while they examined him and gave us the heart breaking news.  He went to sleep in my arms with his family around him and I’m so grateful he had a calm and peaceful end.

He was always a happy boy. He never noticed he had lost a leg, and dealt with a lung lobectomy and a secondary tumour removed from his skin. He initially had 12 rounds of carboplatin, some months on metronomic therapies and then another 15 rounds of carboplatin. Every week he would go to his hydrotherapy session to keep him strong and he’d run up the ramp to the pool.

We got so much extra time with him from the 6-12 month prognosis back in 2015 and I know I’m so lucky compared to others.  We take comfort from the fact we never wasted a day of that 2 years and 11 months so have no regrets, only happy memories and lots of photos! 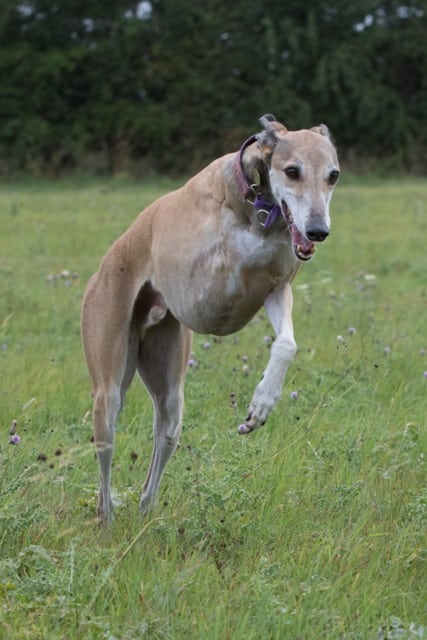 I’ve been spending far too much time enjoying life with Orinoco to update his blog, and it’s hard to believe that next month will mark 2 years since his osteosarcoma diagnosis and amputation.  So we’ve had ups and downs in that time – but so many more ups than downs.  He’s had 2 more surgeries – to remove a lung lobe and tumour on his skin but we’ve also had road trips, holidays, lazy days together and many steak dinners!

Last November, after 5 months on metronomic chemo (Cyclophosphamide), Orinoco developed cystitis which took a few months to clear up then in January this year, a scan showed 2 deposits in his lung, they had been tracking them as the vets thought they presented as calcifications, but one had change appearance and they suspected it could be osteo.  Since both deposits were in the same lung lobe, the vets recommended having the lobe removed.  We went ahead with the operation which went without a hitch and Orinoco bounced back quickly like it had never happened.

We continued with the metronomic chemo (chlorambucil) after that, and had a clear scan of his lungs in April.  His next scan was last month in August, where happily lungs continued to be clear.  A week before the appointment we noticed a tiny lump by his hip, so while he was seeing the oncologists I asked them to have a look, assuming I was paying to have a pimple tested.  But, it turned out to be osteosarcoma – who knew it spread to the skin, the nasty thing is full of surprises!  He’s had the tumour removed and now back on carboplatin for a while to see how that goes.

Back in 2015 / 2016 he went through 12 rounds of carboplatin, and while it eventually failed given the tumour in his lungs, the metronomic has also failed with the tumour on his skin.  We were offered doxorubicin, but he’s got an existing heart murmur so didn’t want anything that could impact his heart. At the end of the day, we are slowing progress of the disease and he does tolerate carboplatin well, so I guess time will tell.  I bet everyone wishes for a crystal ball when it comes to making those decisions, and now with the time that has passed and the occurrence of osteo on the skin – there’s less research for the vets to use to make recommendations.

Who knows what the future holds, but for now things are looking good. Orinoco has made an appearance on Instagram @orinocopearce to post photos when he remembers.

Hard to believe but we’ve now got to 1 year since Orinoco’s amputation.  Since then he’s had 12 rounds of carboplatin and now on metronomic therapy at home.  He happily goes to hydrotherapy every week and seems not to have noticed that he’s missing a leg yet.

He had a chest scan and there are 2 small calcifications, we are told that it doesn’t present as cancer but they won’t commit that it is definitely not osteosarcoma either.  These are common in older dogs we’re told (he’ll be 9 in November).

What’s important is that he’s here, happy, full of energy and there’s nothing stopping him!  We had photos taken of him with his galgo sister, they are too big to insert into this posting, but can be seen on the photographers site.

Orinoco had his 6 month scan and still no signs of secondary tumours.  We’re thinking what treatment options to move to, he’s had 8 carboplatin now. We took him for a seaside break, hopefully posting a video of him having a run. When he’s running you wouldn’t know he was missing a leg and so long as he’s running and a happy boy then life is good😄 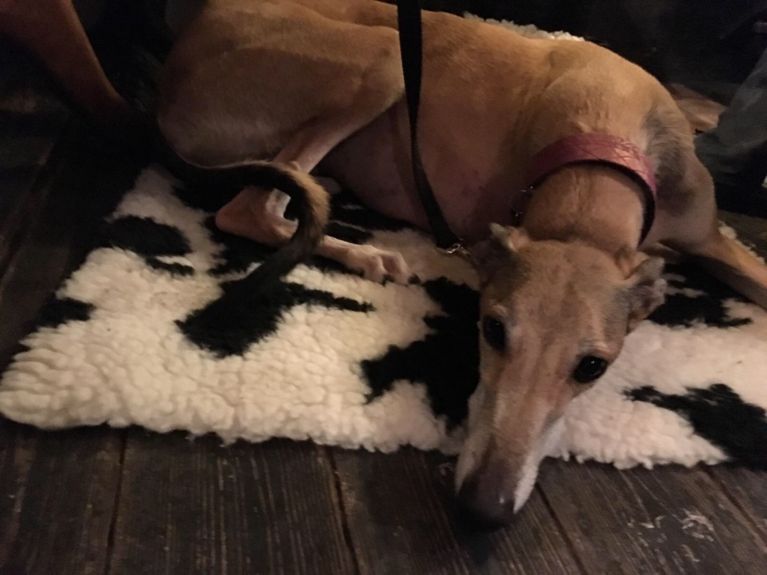 Out at the pub 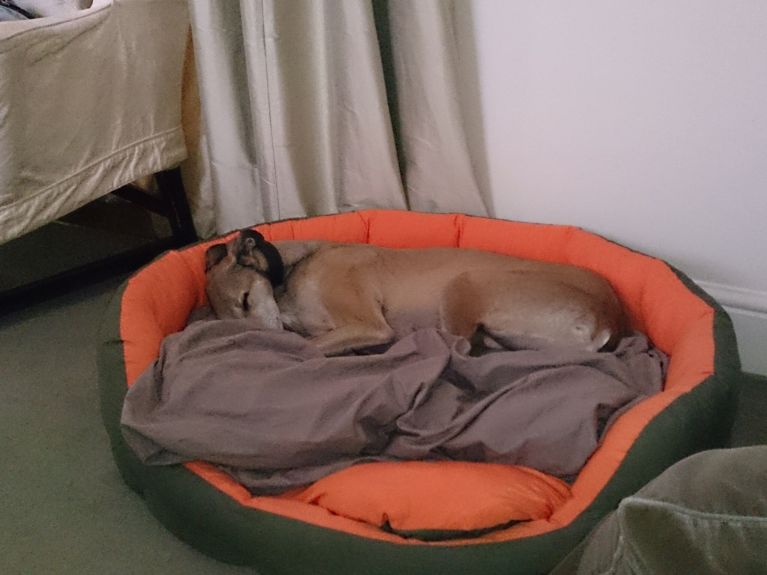 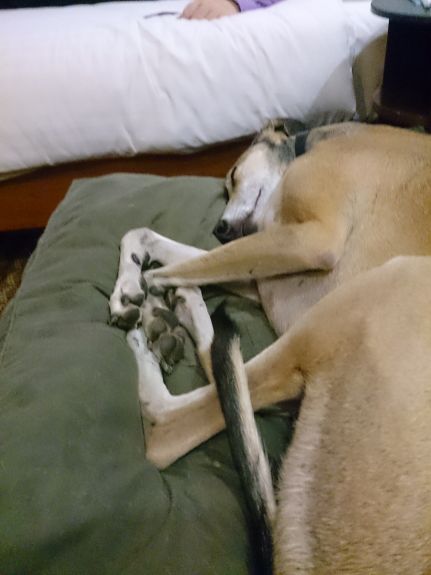 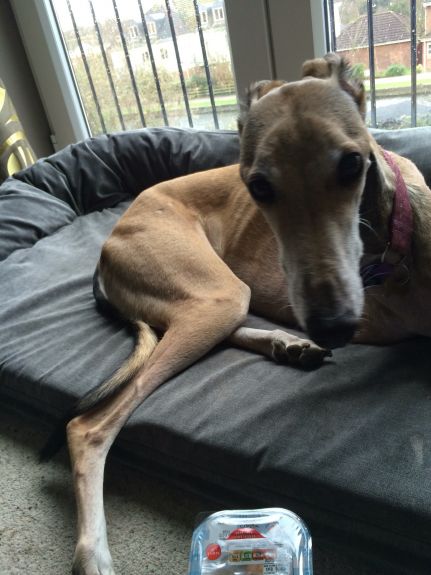 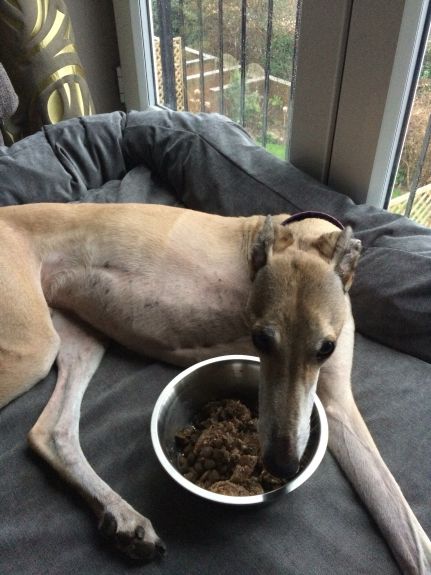 Breakfast, lunch and dinner in bed.

About Your Tripawds Blog:

New Tripawds Bloggers: Please review your default first blog post at left for lots of helpful links for getting started with your blog or review the Help Videos in your dashboard. Edit these widgets from your Appearance settings to remove this notice, upload a custom header photo, or choose from 130+ themes, and much more!